The COVID-19 pandemic has touched a lot of church people in a lot of ways. It continues to poke and prod and forces us to examine and re-examine who we are and how we do church. Even why.

In all the busyness of doing church and worship differently since March, I’ve become a tech trouble shooter as much as a teacher — a problem-solver pastor. With safe distancing and mandatory masking, many congregations are waiting for a vaccine before gathering in person. And even those congregations who are meeting are getting a fraction of their usual turnout. While we see evidence of unchurched folks checking out our social media and YouTube channels, we’re not seeing a wave of seekers. My church office phone has been silent. No one’s reached out by email or knocked on my door.

Surely this is not the future of the church: an insular group with unpublished Zoom links and posted messages and little contact with ordinary people.

How now are we to practice the Great Commission? If it was a nagging question with an uncertain answer prior to the pandemic, it’s crying out even louder now.

During our summer of COVID discontent, I came across Flourish, the training arm of ECO — A Covenant Order of Evangelical Presbyterians. They were offering a special six-week online gathering on discipleship.

It was billed this way: “Flourishing Churches are led by Flourishing Leaders who are Flourishing Disciples. We cannot have a flourishing vibrant church if we are not, at our core, developing a greater quantity and quality of disciples. Perhaps during this pandemic season, the Lord is refining our churches and our ministries to help us focus on our main task of disciple making.” 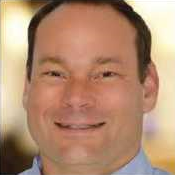 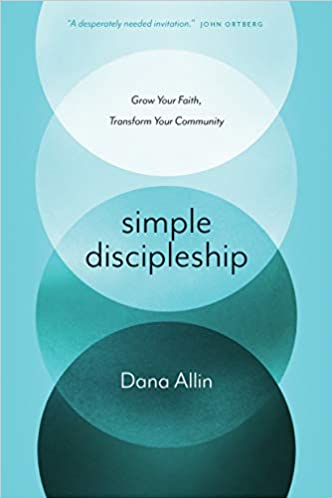 It’s led by Dana Allin and is based on his 2018 book, “Simple discipleship: Grow your faith, transform your community.”

The title says it all. It was a quick read, but hardly superficial. The essential points are nothing new, but they’re presented in a way that shouts, “Wake up!”

So I signed up.

Even before the COVID-19 shock, I was convinced that most churches were dead or dying. The most glaring evidence is not the steady decline in attendance. Rather, it’s the lack of faith held by its members. And not just in The Presbyterian Church in Canada.

Many years ago, my wife and I were invited to a small group at a local Baptist church. It was conservative and evangelical. We were used to mainline, specifically Anglican and Presbyterian, so I was kind of nervous. I had flashbacks of the brief period in my childhood when the next-door neighbour, a Baptist pastor, managed to convince my parents to bring us to church, where all I remember was people talking about their faith. All the time. They were a devout and God-fearing lot, quite unlike the Anglican crowd I was used to, where church talk stopped at the door of the sanctuary and no one said grace before eating. The Baptists took their faith seriously — they walked it and talked it.

So I expected the same at this Baptist gathering. In the weeks before the first meeting, I brushed up on Biblical knowledge and prayed that I, a spiritual infant at the time, would be able to engage in conversation with a devout believer.

My worries were unfounded. No one talked about Jesus. Or God. No one quoted Scripture or the pastor’s sermon last week or talked about the clash between Biblical and secular worldviews. Nothing suggested that these folks were any different than anyone else. It was a huge shock. And not a one-off. We became regulars in this group and the only times we talked faith was when we had to—when a particular gathering was an actual Bible study.

Coffee conversation in our churches are rarely about faith. As one PCC colleague quipped recently, “No one talks about their spiritual health. It’s all about the building and finances.”

In my heart, I know that true believers should be on fire all the time. We should be filled with joy, eager to share the faith and talk shop with our brothers and sisters for the simple reason that that we are hungry and thirsty for it. Sadly, “shop” is literally that—the building and not the heart and head. Sometime, somewhere and somehow, the modem church stopped making discipleship a priority.

I had an opportunity to ask the author about this.

Q – In your opinion is the lack of discipleship a growing problem?

A – Yes. And I think we are more attuned to it now. In the mid to late 1900s I think much of our faith was a civic faith because in our Christendom culture being a part of the church was normative. In America that has been lost (except perhaps in the south). I think in Canada it happened earlier. So discipleship previously really was just gaining knowledge and people went to Sunday School or in later years small groups and gained knowledge. They were good moral people as both Christianity and the culture expected.

Now I think we as Christians are awake to the anemic faith. I think pastors have seen the gap between traditional discipleship classes and people actually being transformed in the image of Christ. So we are more awake to the discipleship problem that has been present.

But I do think it is a bigger problem now than in the past. At least in America in the 1980s we had the Christian Growth Movement. The premise was to create an attractive church that will meet peoples’ needs and they will come. So large churches had incredible worship and children’s ministry areas that looked like Disneyland. And it “worked” — a lot of people left denominational churches or boomers came back to church because this church was meeting their needs. However, I think the unintended consequence was that they propagated consumerism. So church became all about meeting peoples’ needs and making them feel comfortable. Dare I say that while Jesus met needs, He didn’t pander to making people comfortable. So some large churches get frustrated when people leave for other churches that have better programs and they wonder where their commitment is. But my point is, “You brought them in through a consumerist mindset. Don’t be surprised when they leave because the church down the street meets their consumeristic needs better.”

(I do think there have been huge blessings and it is easy to go after and criticize the large church. That isn’t my intention, but I do think it has added to the challenge of discipleship.)

I think COVID is also revealing the challenge as well. People who were church attenders are no longer church attenders (and I think probably 35 per cent in the US won’t come back.) Because you can’t be a church attender in this season, if you are a disciple, then you don’t have to attend formal church in order to be a disciple.

We do a lot with the church in Iran (my book is translated into Farsi) and to watch their understanding of discipleship is awesome and it is so non-Western. In the midst of COVID they are still growing in quantity and quality of disciples.

Q – Is this inability and unwillingness to be disciples just part of our fallen human condition?

A – Yes. I do think that part of our fallen nature keeps us from being a disciple. We are (and I still believe) totally depraved, and that affects every aspect of our life, including resisting the Lordship of Jesus Christ. And I do believe the enemy uses this, as he did in the fall, to distract us. I am not a “demon under every doorstep” kind of person, but I do think the enemy will distract us from our core calling as disciples. He would love nothing more, as C.S. Lewis’ The Screwtape Letters reminds us, than to render us ineffective in faith and just going through the motions of Christianity.

One thought on “Where Are All the Disciples?”

Sunday, January 17, 2021 - Pray for the congregation of St. Andrew's Presbyterian Church, Sydney Mines, Nova Scotia, as they begin the search for a new minister after the recent retirement of their pastor, the Rev. Marion Barclay McKay, that they may continue to shine the light of Christ in their community.